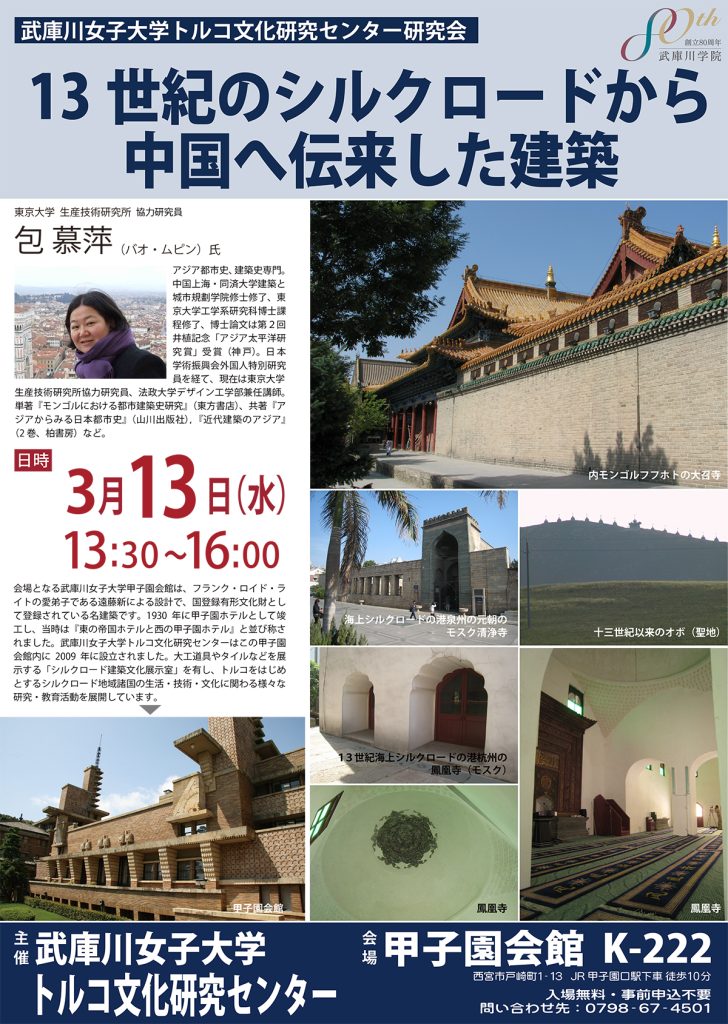 The 2nd Seminar of the Institute of Turkish Culture Studies of the 2018 academic year was held at the Kōshien Kaikan on Wednesday, March 13th, 2019. We invited Muping Bao, PhD, Cooperative Researcher, Institute of Industrial Science, The University of Tokyo. She delivered a lecture titled “Architecture Imported through the Silk Road to China during the Thirteenth Century.”

During the lecture, Dr. Bao also shared some valuable photographs from the field research in Mongolia, China, the Xinjiang Uygur Autonomous Region, Uzbekistan, and other places, thus creating a vivid picture of architectural and cultural exchanges along the Silk Road.